Plastic church at our Château Cramirat 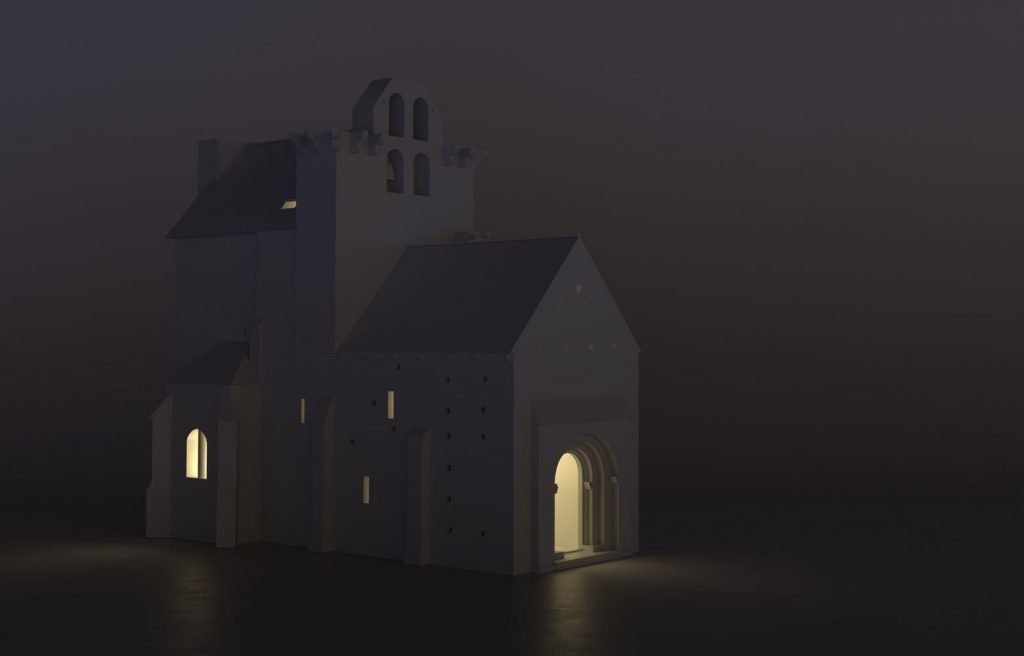 We just got a brand new 3D printer in our studio at the château, which means we’re totally addicted now, trying to print everything in plastic….25 meter from our Château Cramirat is our next door neighbour, the unique and beautiful 11th- century church called – Église Saint-Pantaléon. We hear the church’s bells everyday as a […]

Toys are Us Chateau Cramirat / A medieval plastic toy 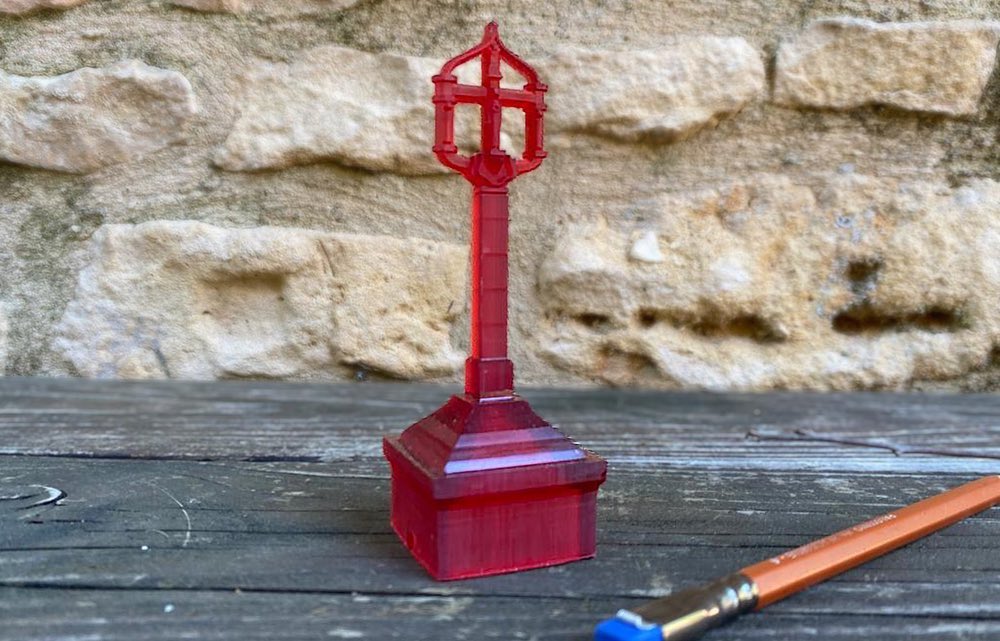 We just got a brand new 3D printer in our studio at the château, which means we’re totally addicted now, trying to printing everything in plastic….So, what we did was climbed up the 16th-century medieval stone cross located in our village, the one that we showcase in our château logo, to take full measurements and […]

Chateau Cramirat – from Our archive 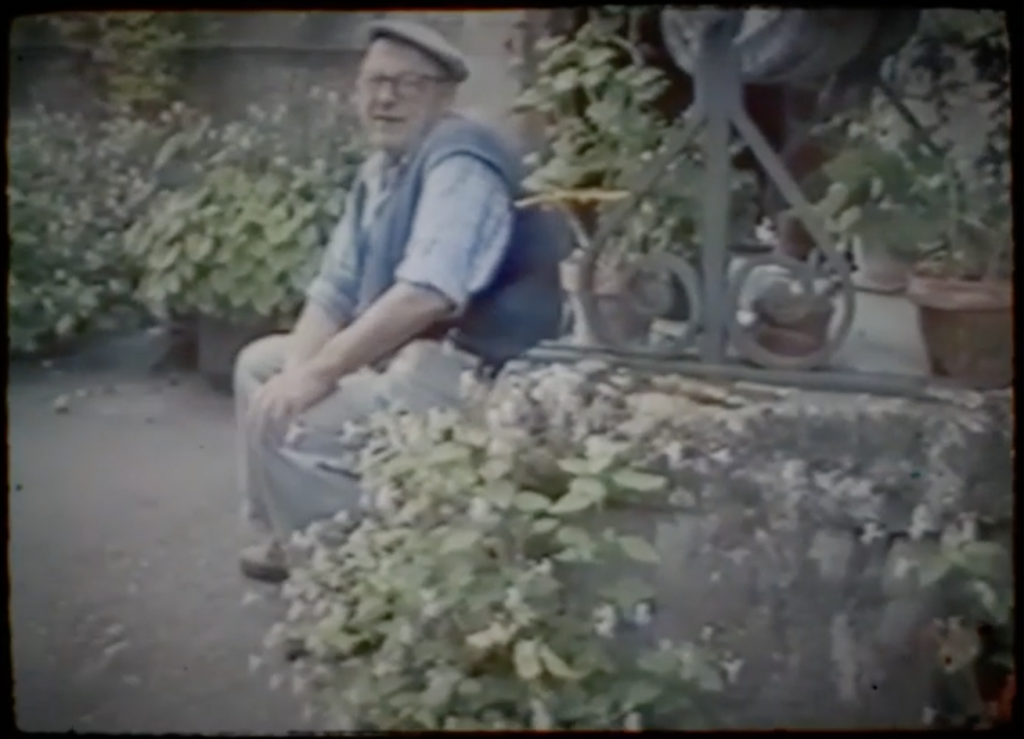 This rare documentary, from the late 1990s, features the last grocery store in our village, which had operated out of our Chateau Cramirat . It presents Madame Rentet, and her son, who was the village baker..While the grocery store was located in a side room in our château’s courtyard, the local bar and billiard table (!) […]

Chateau Cramirat – from Our archive 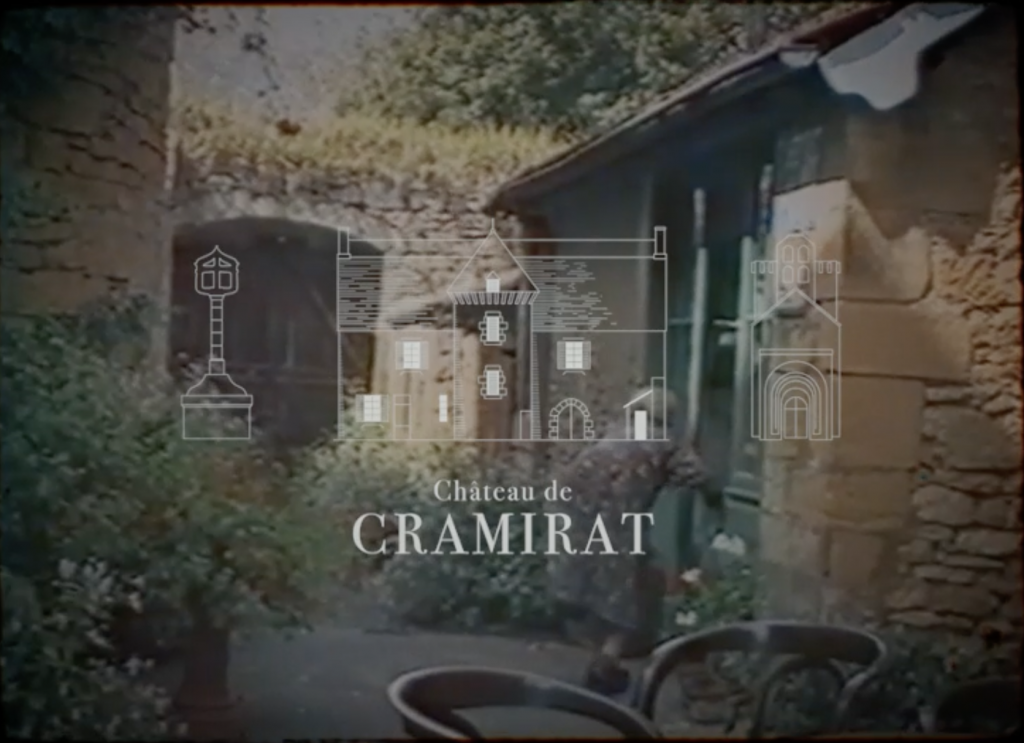 Sharing memories from her wedding night dinner at 1925, by madame Rentet and her son, the village’s baker. This rare documentary from the late 1990s, features the last grocery store in our village, which had operated out of our Chateau Cramirat..While the grocery store was located in a side room in our château’s courtyard, the […] 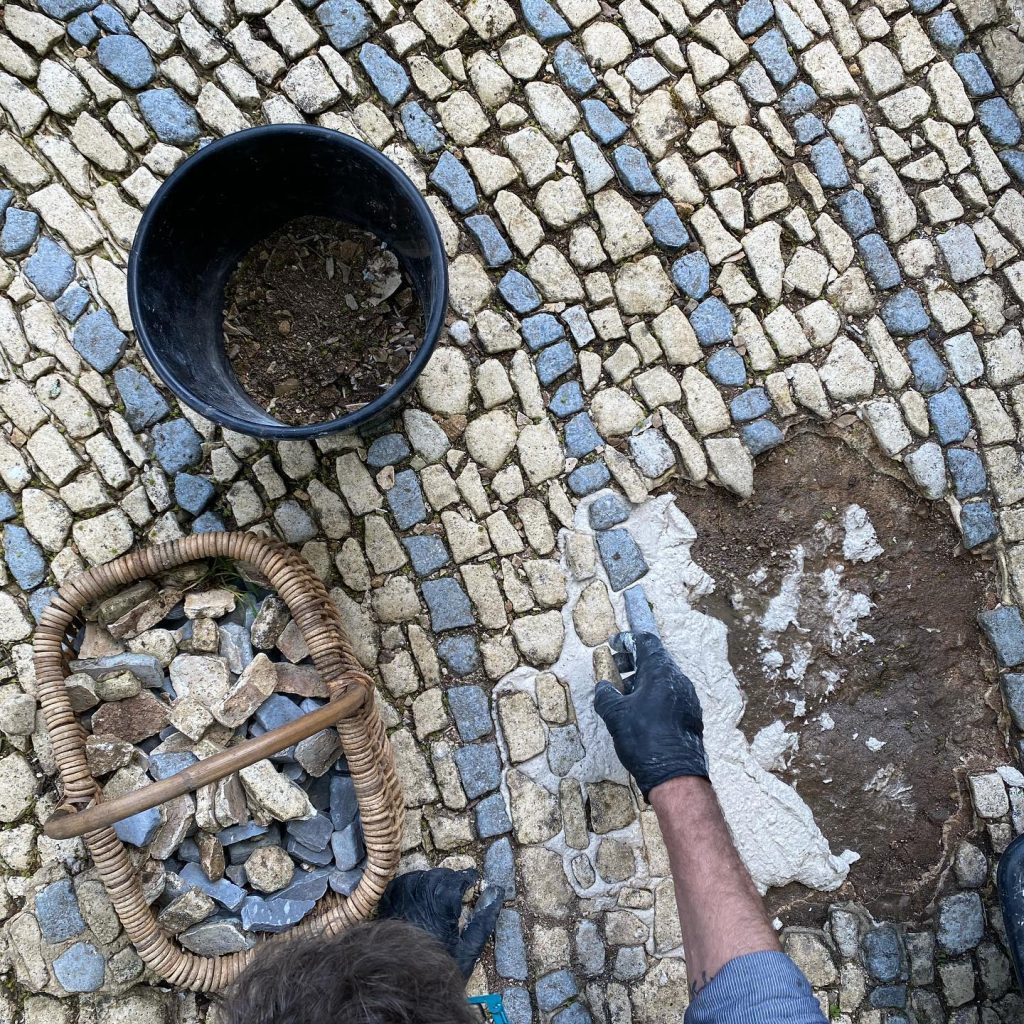 The Pisé floor in our Château Cramirat is being renovated..Pisé is an ancient floor-tiling art, found mainly on the ground floor of medieval nobility homes in Spain and France. This detailed rolling-stone mosaic is thought to have originated in Dordogne, France, using the region’s Lauze stones for sure-footing and a special aesthetic appeal..This beautiful technique […] 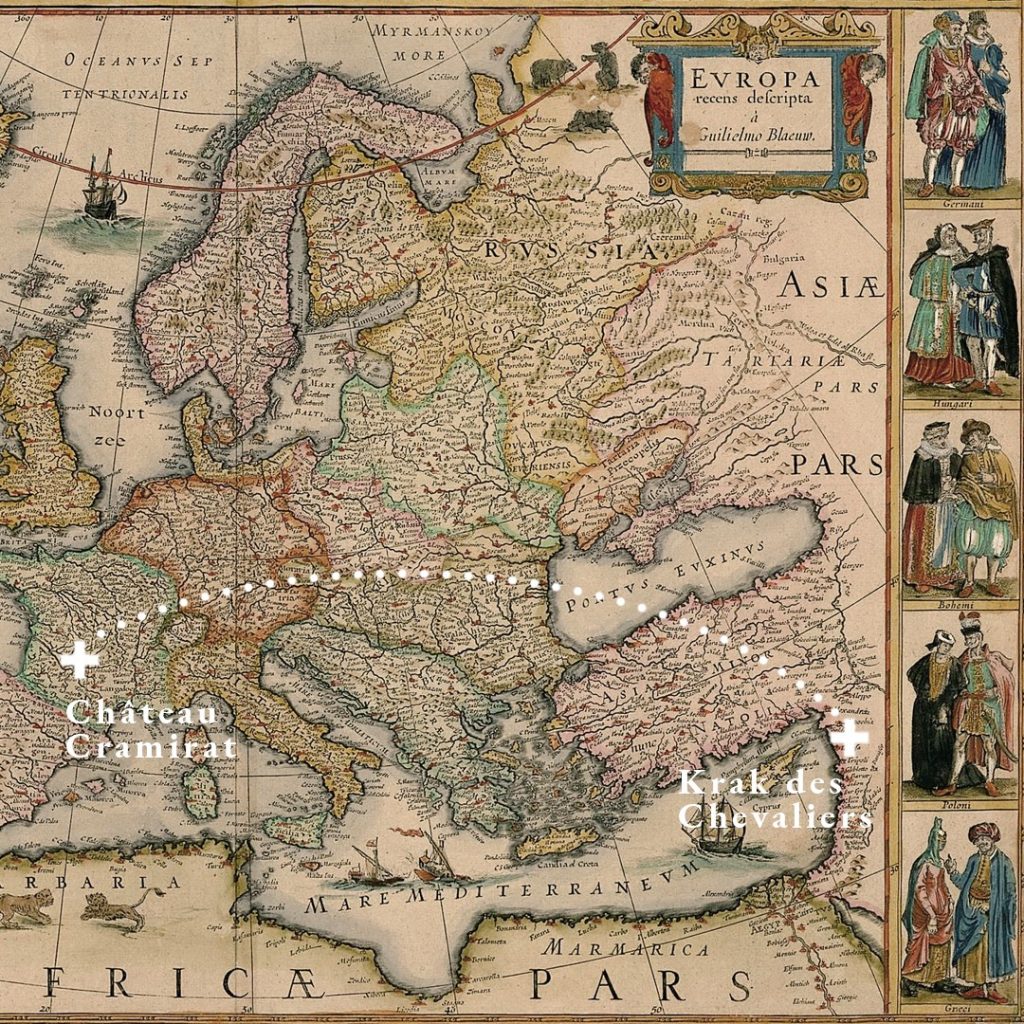 On the Templier Route, from Sergeac to Syria, today and 800 years ago in a time machine 🚀.On the Templier Route, walking through ‘Krak des Chevaliers’ fortress in Syria lends the feeling of being within the walls of our own Chateau Cramirat, which is miles away in France. Both share similar architectural elements, like the […] 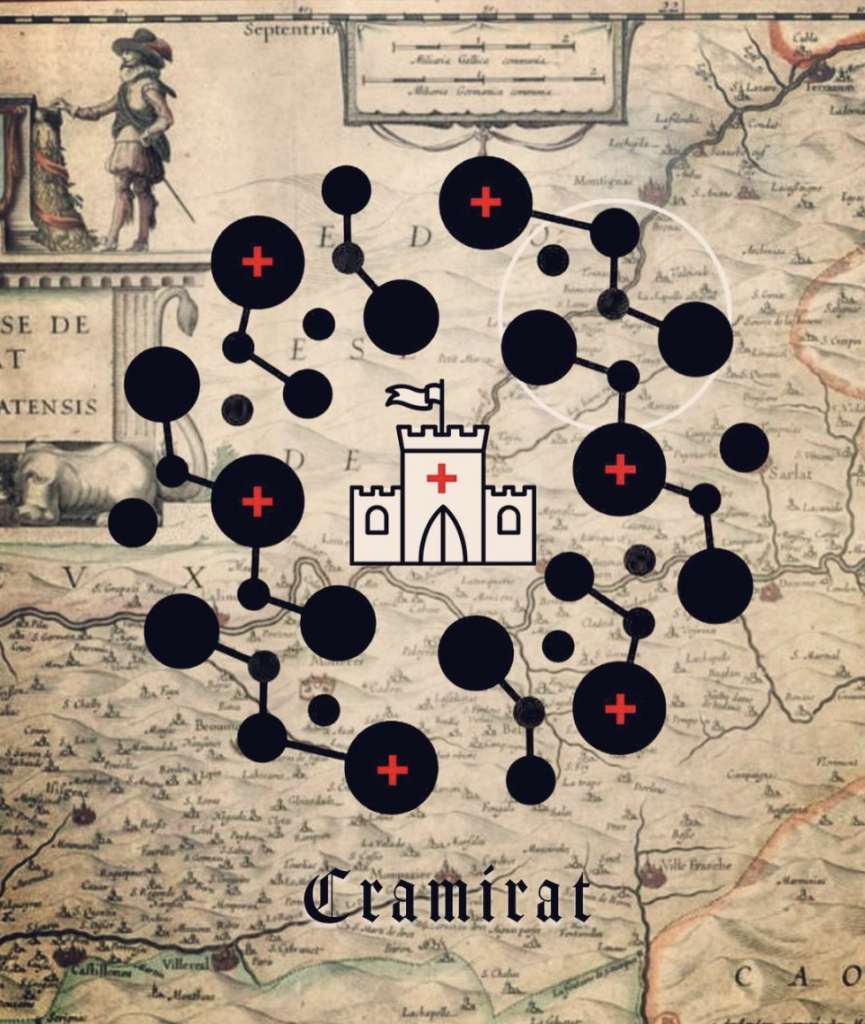 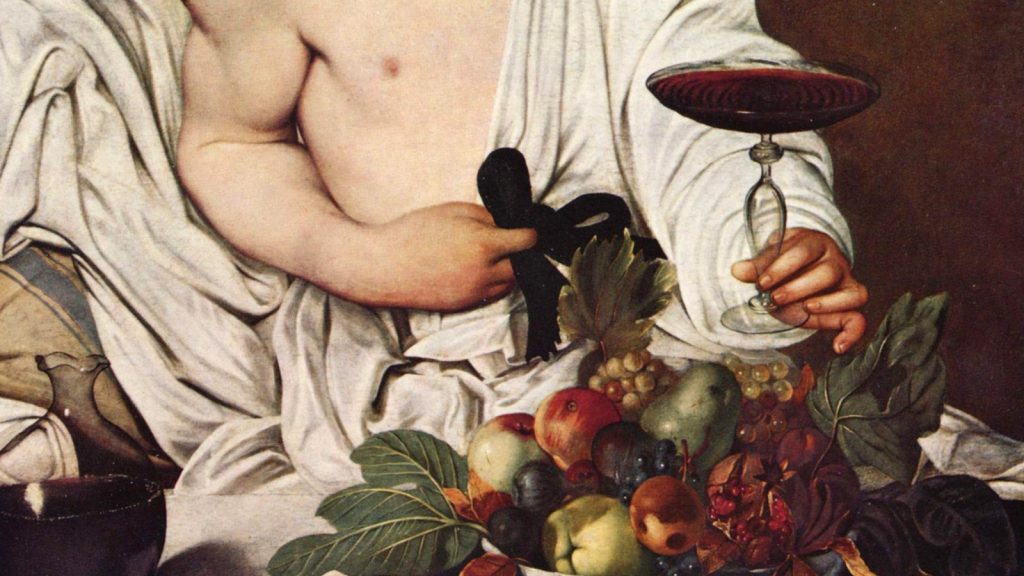