The Jesus and Mary Chain – The amazing story of our Medieval Cross of Sergeac.

Home > Blog > The Jesus and Mary Chain – The amazing story of our Medieval Cross of Sergeac.

Upon turning the bend on the road heading towards château Cramirat in Sergeac, you will first be welcomed by the medieval 16th-century stone cross called Croix Hosanaire.

This unique name given to the cross derives from the word Hosanne or Ozanne, signifying the tradition of placing branches of the holy box tree at the foot of the cross on Palm Sunday to bless people all year round.

In medieval times, stone crosses such as Croix Hosanaire served as funeral monuments and often marked the site of a mass grave.

Here in Sergeac, the Croix Hosanaire served as a road sign pointing travellers and pilgrims arriving at this small yet important village, which was surrounded by a thick forest of oak trees. Inside Sergeac, not far from the cross, stood the most important commandery of the Order of the Knights Templar in Périgord, situated in our Château  Cramirat at the heart of the village.

The design of this unique cross corresponds with the main entrance arch to the village church, another Templar structure of an earlier time. The motif is in the form of a frame to the right and left of the cross, placing it at the center.

On the north face, we see Christ on the cross, located between the Virgin Mary and Saint John. On the south face, the Virgin Mary carries the child Jesus. Under the cross and the Virgin, are Adam and a draped angel.

To this day, it is said that this cross also represents the starting point of the Camino pilgrimage to Santiago de Compostella, one of the most important Christian pilgrimages during the later Middle Ages, and a pilgrimage route on which a plenary indulgence could be earned. 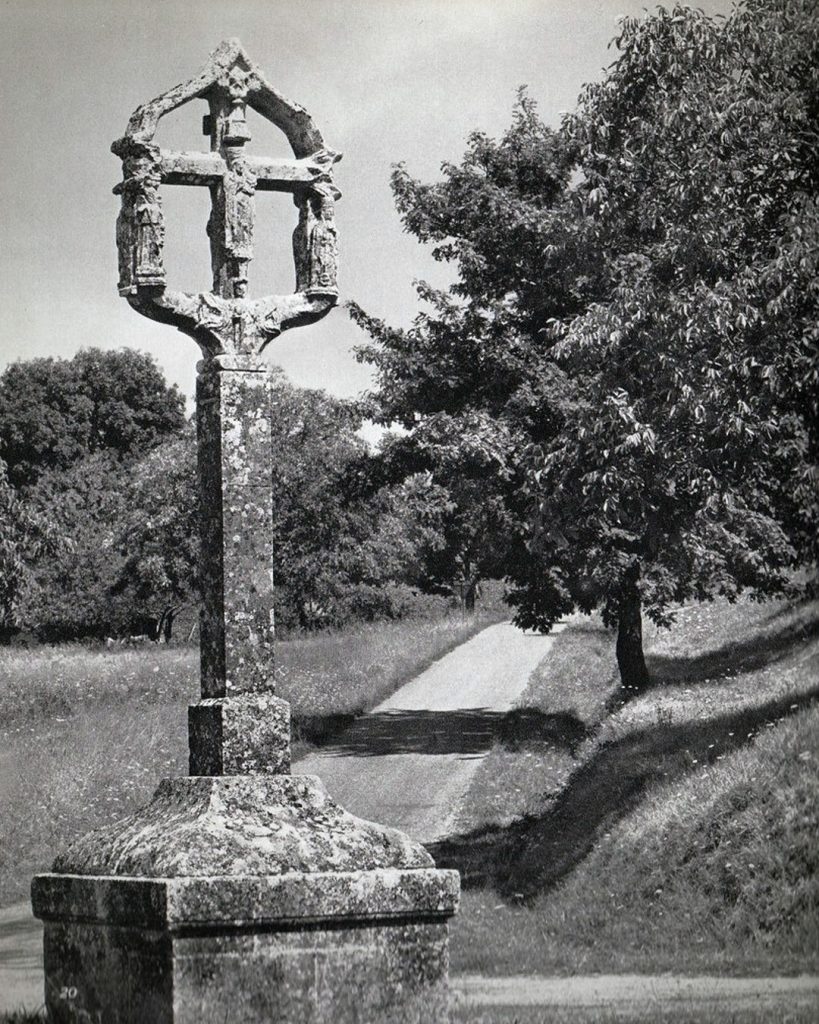 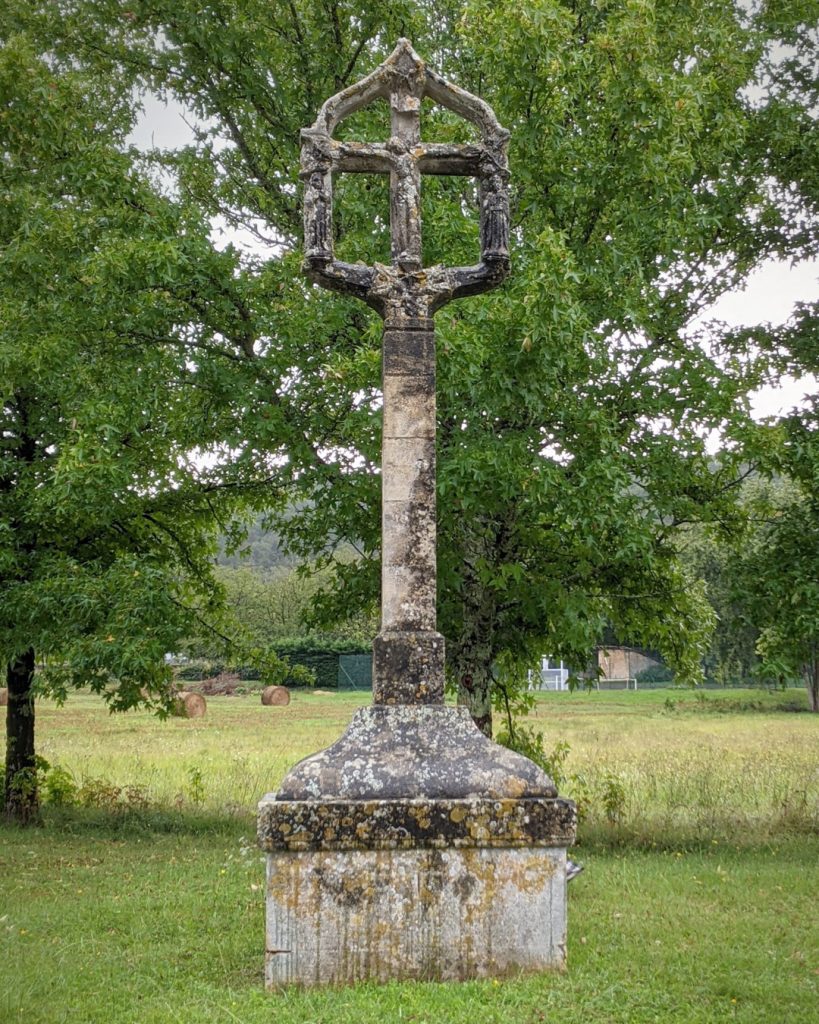 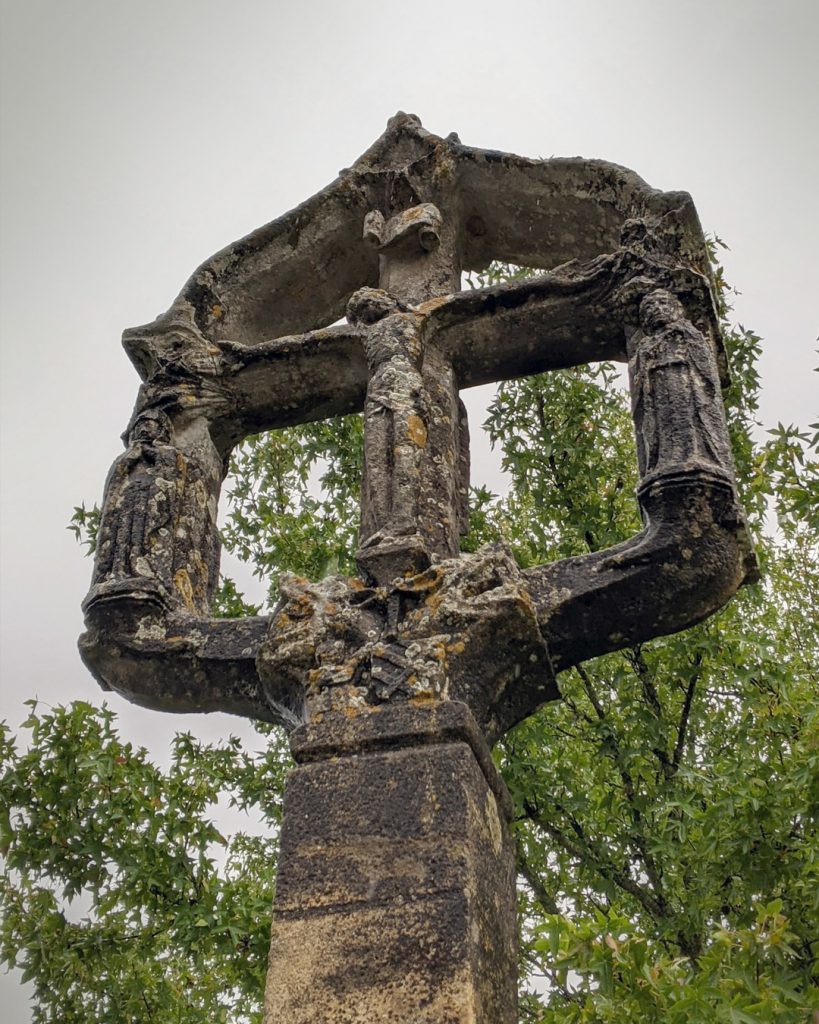 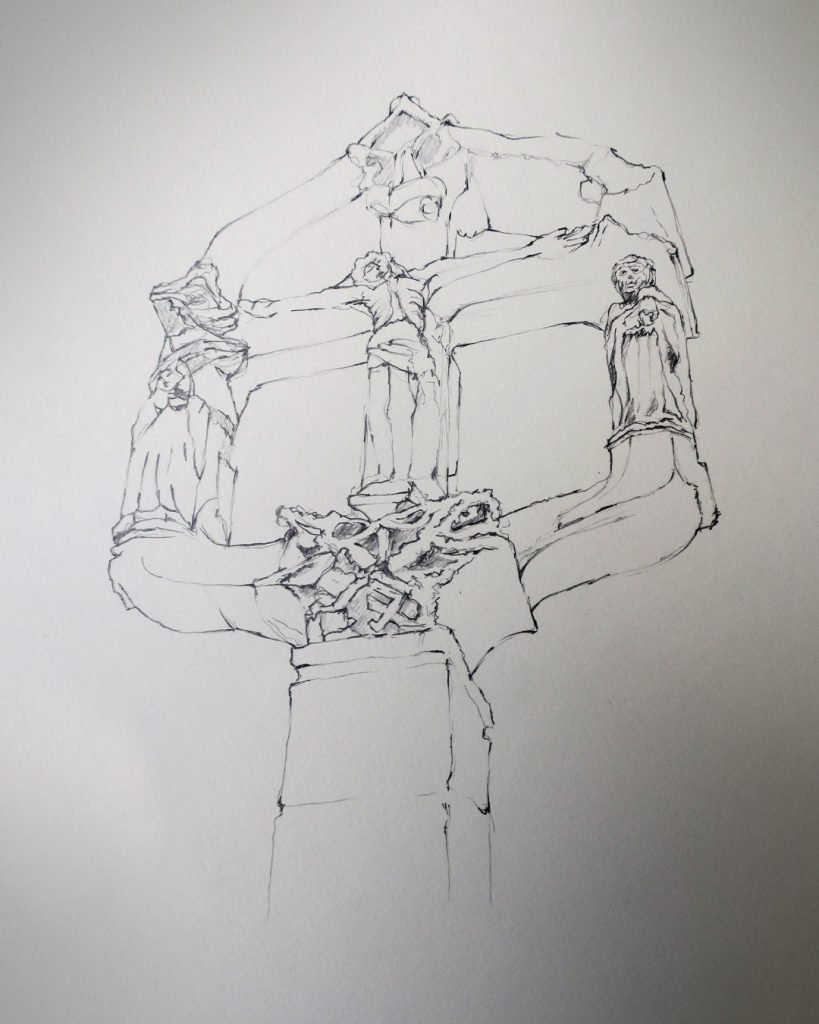 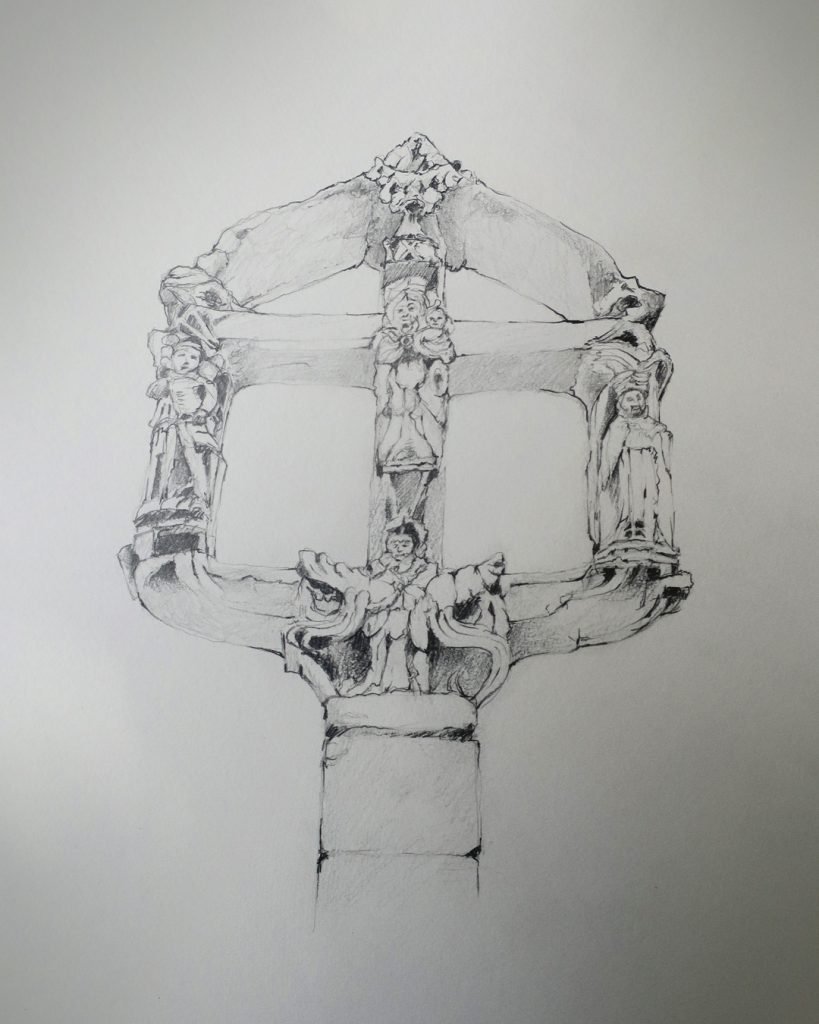 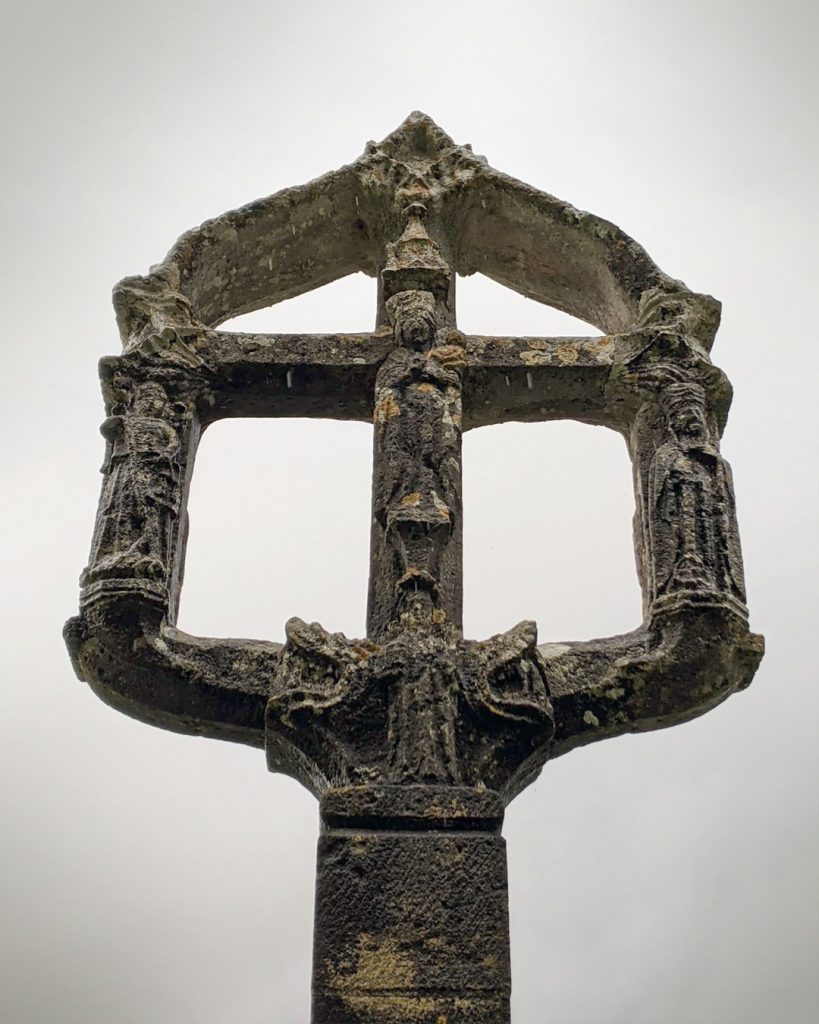 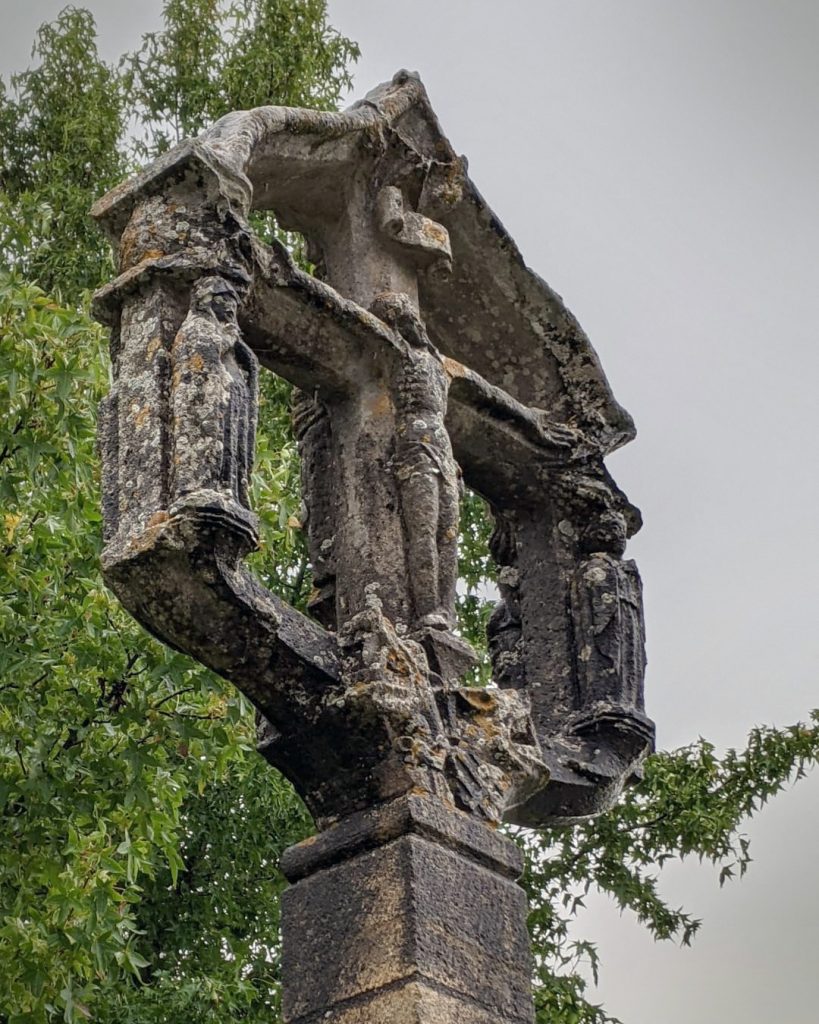 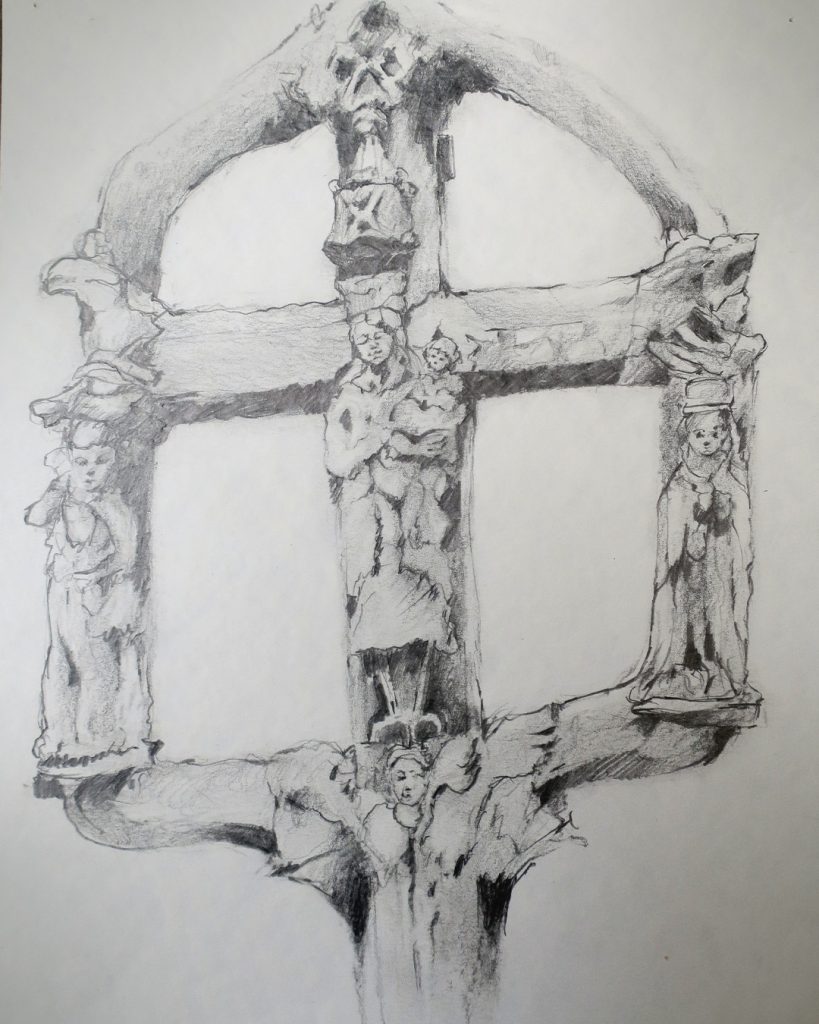